So I was setting up my website with Hugo and having hard time deploying in Netlify because of various errors. I didn’t want to struck with issue(s) so I switched my theme as I wanted my site to go live soon.

I picked hugo-coder, it was great and similar to the previous theme hello-friend-ng. I tweaked my config.toml and pushed the changes, and ready to start the deployment.

Darn, again 😟 hit by an issue. It was related to SCSS compilation and Hugo uses ... | toCSS pipe function for that, and it was not supported by regular Hugo version. I went to Netlify build config and was trying to figure out, why is it not using the extended version or how can I force it to but no luck 👎.

Found out 💥 the build image selection used by Netlify was Ubuntu Trusty (14.04) and there were some missing dependencies in that image which was required by Hugo Extended version to work properly. 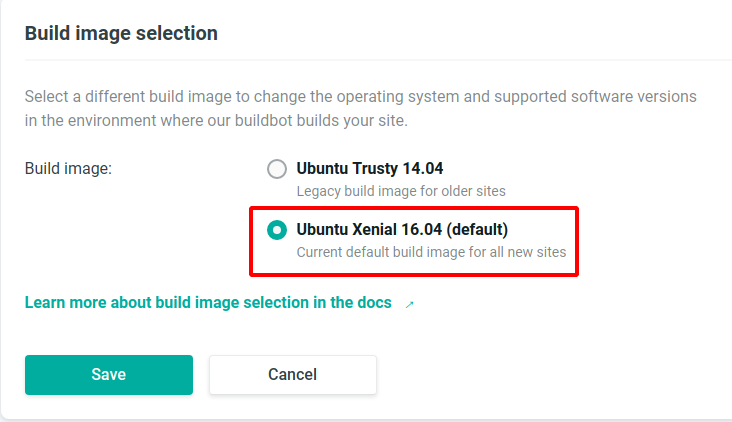